Flightdeck Friday -- The History of AEW

Ed note: In 1981 a smart-a$$ LTJG wrote a note to the editor of The Hook bemoaning the lack of VAW articles. Sensing an opportunity, the then editor, Bob Lawson, wrote back challenging the young jg to pick up quill and scroll and “write something!” The gauntlet was accepted and the first comprehensive history of VAW appeared in The Hook’s Summer 1983 issue – and has been roundly plagiarized since in a variety of squadron histories. Over time, your humble scribe has continued research, always on the hunt for original material to add to the story. Beginning with this week’s Flightdeck Friday, I will begin updating that history. Rather than just focusing on a particular platform, this series will endeavor to look at the system as a whole – platform, tactics, threat environment, etc. such that the reader gains an appreciation for the evolution and deployment of this vital capability. Read, enjoy and provide feedback as you see fit – also looking for good sea stories! - SJS

There is an arrogance permeating our culture such that it is widely believed that the (fill in the blank with the latest technological wonder) is (1) fairly recent in invention and (2) anything that preceded was hopelessly crude and unsophisticated, if it even existed or could have been possibly conceived in an earlier age. As serious students of history, particularly technological history will assert though, the degree of inventiveness and technical complexity evidenced by our predecessors is indeed extraordinary, especially when put in context of the extent of knowledge in a particular field at the time. The story of airborne radar, and airborne early warning radar in particular, is one of the signatory lessons in this vein. 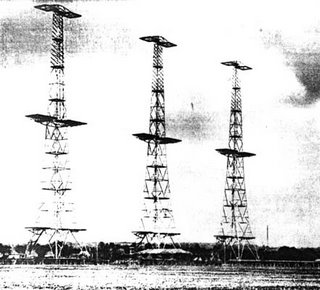 radar stations, linked to coordination centers who in turn guided and directed Leigh-Mallory’s “big wing” fighter tactics is well known. The US Navy was already working to incorporate radar into its surface ships to permit gunnery 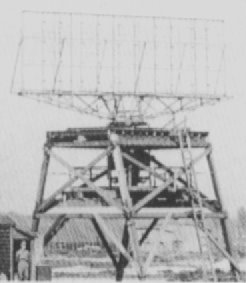 under all weather/day-night conditions and meet navigational needs. Radar “expanded the battle space” (in the current parlance) but soon encountered problems – not the least of which was the curvature of the earth and the haven it provided to low flying aircraft. The solution, raise the radar antenna by mounting the radar to an aircraft, was fraught with a number of challenges.

Chief among those hurdles was the radar wave itself. The early search radars were low 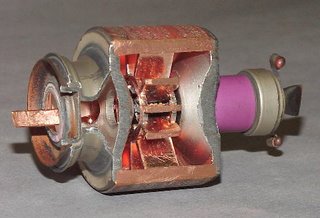 frequency (HF-band) with a long PRF (pulse repetition frequency) which provided the necessary range and were generally easy to generate. The down side was the large antennas required. Even later radars with parabolic antennas and operating at higher frequencies still tended to be very large. What would be needed for airborne radar was microwave radar that provided high power with a smaller antenna. Simple in thought, difficult in execution. Yet efforts were underway on both sides of the to meet this problem. The solution would be a device called a magnetron. 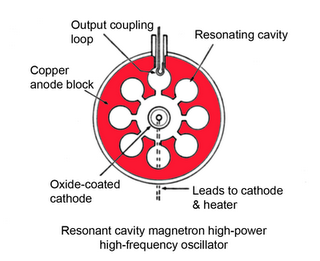 Electric's Research Laboratories (Schenectady, New York), as an outgrowth of his work on the magnetic control of vacuum tubes in an attempt to work around the patents held by Lee DeForest on electrostatic control. The two-pole magnetron, also known as a split-anode magnetron, had relatively low efficiency. The cavity version (properly referred to as a resonant-cavity magnetron), the path British scientists and engineers were working, proved to be far more useful.

In 1940, at the of in the , John Randall and Dr. Harry Boot produced a working prototype similar to Hollman's cavity magnetron, but added liquid cooling and a stronger cavity. Randall and Boot soon managed to increase its power output 100-fold. Instead of giving up on the magnetron due to its frequency inaccuracy (in essence, what the Luftwaffe did), they instead sampled the output signal and synced their receiver to whatever frequency was actually being generated. An early 6kW version, built by GECRL (, ) and given to the government in September 1940, was called "the most valuable cargo ever brought to our shores" (see Tizard Mission). At the time the most powerful equivalent microwave-producer available in the (a klystron- basically a linear beam tube) had a power of only ten watts.

In the meantime, back in the , work was underway on electronic relays as a means of extending the range of radar. The idea was to take multiple radars, deploy them at the limit of line-of-sight ranges and link those images into one centralized picture on the flagship. That line-of-sight range, of course, could be extended if the extended range platforms, or pickets, were airborne. As early as 14 Aug 1942, the MIT Radiation Lab (MIT-RL) demonstrated this capability using television equipment borrowed from RCA (actually with assistance from National Broadcasting Corporation (NBC) via a contract negotiated with RCA) and an experimental radar on the roof of another building. Further development and refinement led to the successful relay of radar signals to a receiver at in May 1943 from an aircraft operating over at 10,000 ft at a range of about 50 nm. In July 1943, the relay radar, the AN/APS-14 was demonstrated to naval officers at the and a short film developed for COMINCH which was subsequently followed with a request to extend the range to 100 nm.

By the end of December 1943 even with the successful extension of range to 100 nm, however, there was no decision to proceed with production of the AN/APS-14 and there was movement to cancel the project. The following month though, the Navy proposed to develop an AEW system that had as part of the set-up, a high-power relay teamed with a high-power, microwave radar (enabled by the British magnetron). MIT-RL was awarded the task and Project Cadillac was underway.

Posted by Steeljaw Scribe at 00:00